What is your identity when you’re always changing who you are? Look through Czech history and you’ll notice this theme, a sort of tail between the legs in response to whichever superpower comes blazing through. Little fight leaves little identity but it does leave lots of beautiful places to visit in The Czech Republic. These beautiful spots can be found in Prague and beyond, I encourage you to look beyond, because there are so many Czech Republic cities to visit outside of its capital and most popular (and over touristed) city, plus nature, there’s nature too!

But, here’s another secret, Prague is big, it’s bigger than the tourist hotspots and you can very, very easily find uncrowded corners and secret, non touristy spots which are beautiful and totally worth your time.

I lived in Prague for just shy of a year. And while my relationship with the city was complicated and I didn’t travel around even a fraction of how much I would have liked, living there taught me a thing or two about how to navigate it, from where to pee to how to pay, I’ve got the goods.

So, if you’re planning a trip to Prague or anywhere else in The Czech Republic, now known as Czechia, here is your survival guide and the answers to your most pressing questions. 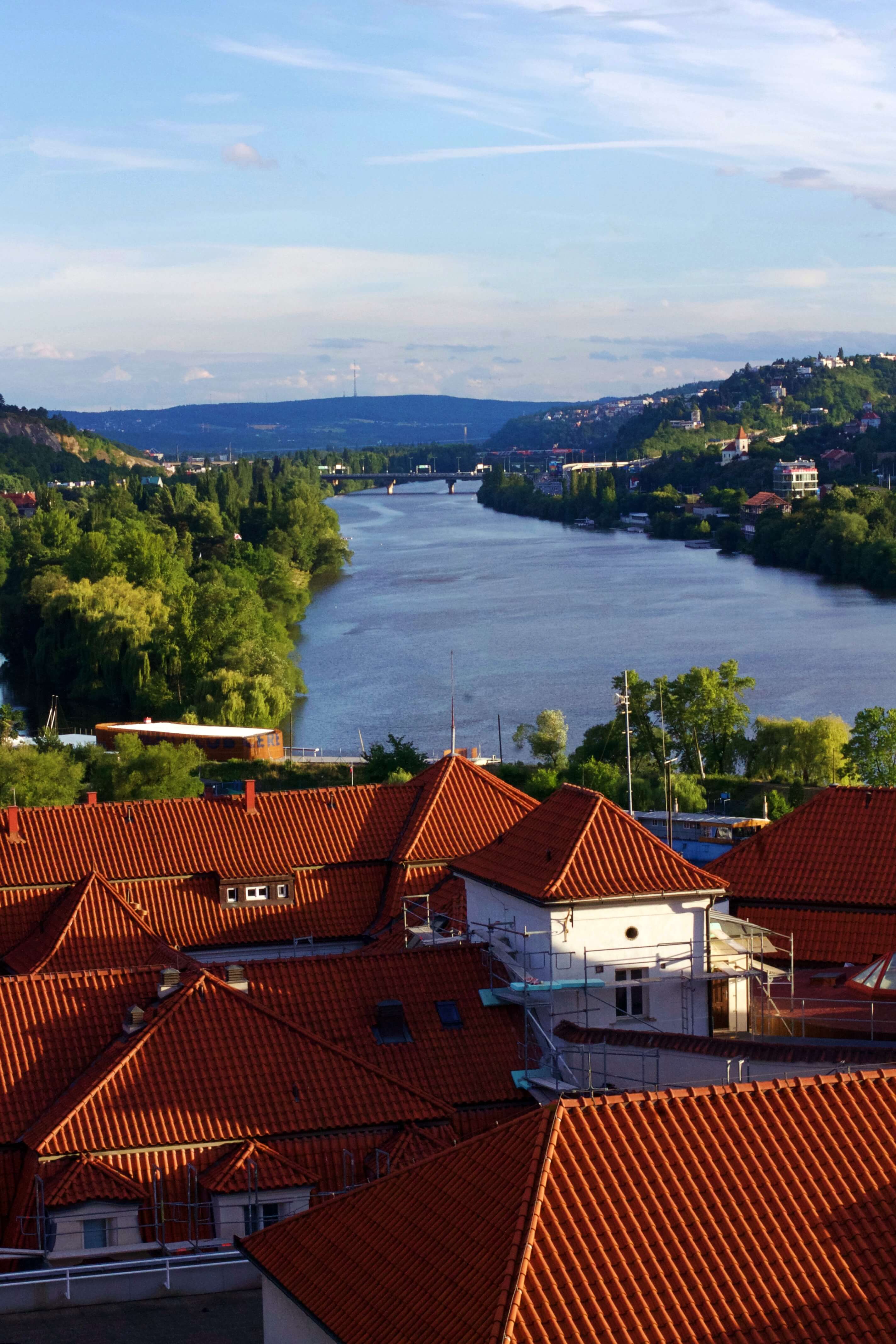 There are public toilets around most cities but almost all of them are at a fee, which bringing your own toilet paper will not get you out of. Keep in mind, public urination is legal. Notice that smell? That’s the price of paid toilets. But, just like in the rest of the world, there’s always Starbucks.

The Czechs can be uncomfortably pushy about tips. I had a barista at a cafe take out a highlighter, highlight, and circle on the receipt where it said ‘tip is not included.’ They do not do this to locals. Do not feel pressured to tip. Keep in mind that Americans have destroyed the world with their atrocious tipping habits, also keep in mind that those tipping habits come from a country where wait staff are paid a painfully tiny wage and work their asses off for those tips. Often the service in The Czech Republic is just about non-existent, don’t tip for that and don’t feel guilted into doing so. I was told by numerous Czech locals that they might round up if they thought the service was good and they would tip 10% for exceptional service. They would never be handed a highlighted receipt, that’s reserved for foreigners.

Dobry den is the first phrase to commit to memory, it translates to ‘good morning’ but can be used at all times of the day. Say it when you walk into a shop or restaurant, even if no one speaks to you first, this will make a huge difference in how said shop or restaurant treats you. It is said exactly how it is spelled, easy.

Ahoj is a casual alternative to dobry den, pronounced “ahoy”

Na shledanou! Goodbye! Another important phrase to shout across the shop or restaurant as you leave. If I were to transliterate what I heard it would be written “naskalydano” and can also be shortened to a casual “nasklay”

While I cannot claim to have experienced this I can promise you, it’s there. Many Czech people, male and female, young and old, said to me, in no uncertain terms, that they believed Muslims should be sent back to their countries. The general sentiment is anti-refugee, anti-Muslim, anti-headscarf, anti-anybodydifferent. And it’s something I believe visitors need to be aware of. 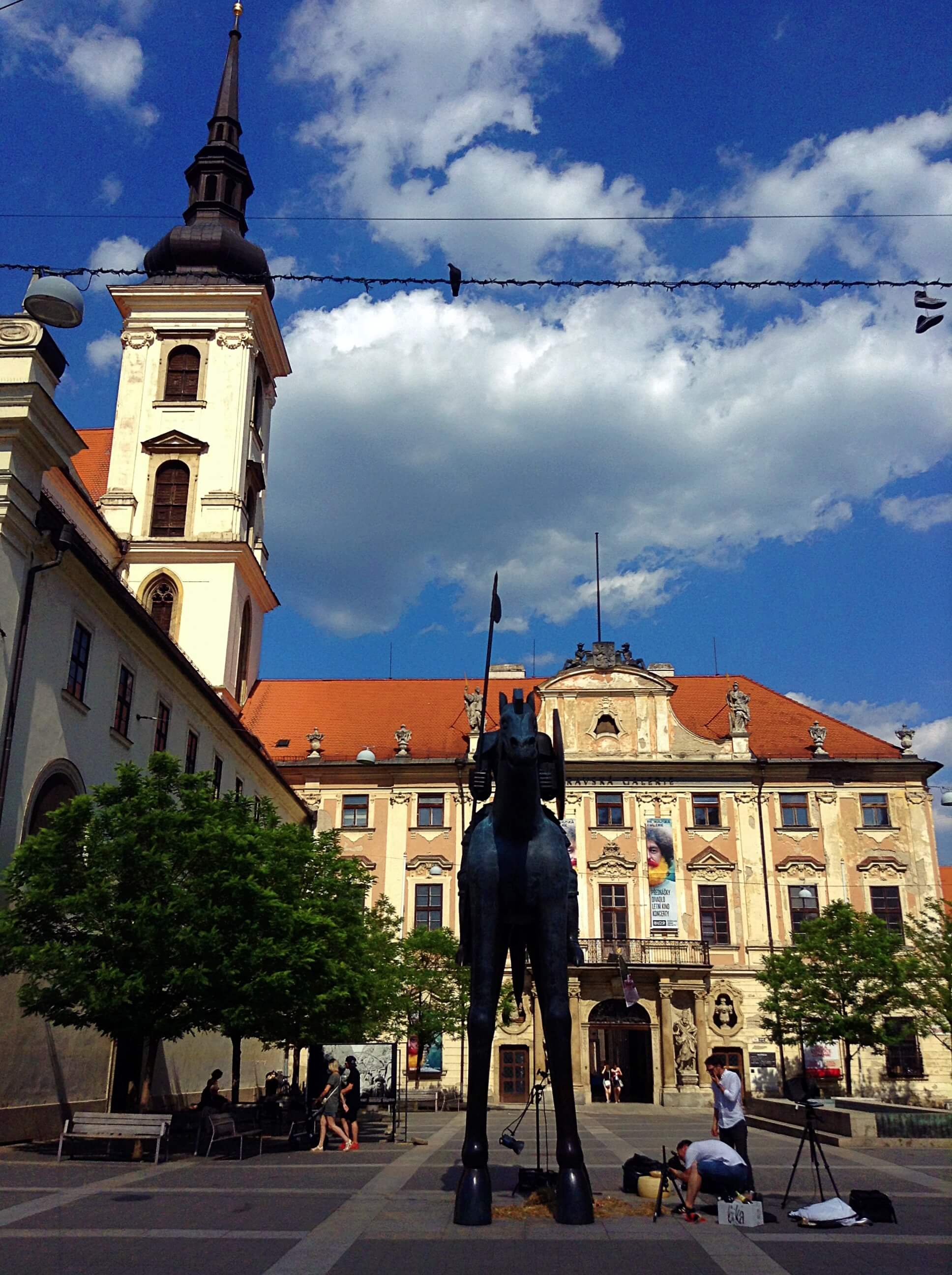 The capital, most well know, and most popular Czech city, Prague is a beauty. In terms of accessibility, this is the place to start, especially for those flying in from another country. And there is plenty to see and do in the city, but I also recommend getting out of it. Three to four days will do, to see the tourist hotspots alongside some hidden gems, and then go explore the rest of this beautiful country.

I loved the second tier city size of Brno, it wasn’t nearly as crowded nor nearly as big as Prague, and that’s something that I prefer. I felt like I was easily able to see a lot of it in a few days, plus I didn’t feel like I was crowded out. There were still undiscovered alleys within a stones throw from the main square, and plenty of cheap eats nearby too where locals as well as the handfuls of tourists dined. Brno hit that sweet spot between not too touristy and just convenient enough for a short term visitor.

As one might guess, these are out in the east of the country. I stayed at Kemp Merkur, which is on the edge of the Věstonice Reservoir, it was a beautiful area and a great water holiday in a land locked country. Plus, the little villages which surround the lake are picture perfect, and oh so sweet to ride through with a rented bicycle.

The fairy tale town, the most romantic destination in all of the country, Cesky Krumlov is ripped from the pages of a storybook. When I went, it was early winter and a dusting of snow fell one night. The yellow lights which illuminate the path way below the castle and next to the river caught the snowflakes as they gently fell to the ground. And as romantic as that all sounds, it is.

I don’t ski, I am a Vermonter who does not ski. And yet I went skiing in The Czech Republic. I went for a weekend up to Harrachov which is wedged in against the border with Poland. I would have been quite happy sipping hot chocolate followed by red wine in a ski lodge, but I did rent a pair of boots, and a pair of skis, and trudged through my memories back toc early elementary school and started pizza-ing down the mountain (read: bunny slope). I didn’t break anything, so it was a great weekend.

How to get around the country

The Czech Republic is small, so there are never any huge distances. Outside of Prague I consistently traveled either by bus or by train. Regiojet is one of the big bus companies in the region and the one I regularly used. The buses are comfortable though they do have a fairly poor reputation for on time service. So, if you’re in a rush, stick with the trains. The cd or Ceske drahy is the national rail and runs a pretty solid service which will get you to most of the larger population centers.

Is it safe to travel to Czech Republic now?

Yes! Absolutely, The Czech Republic is a very safe country. Do be wary of pickpockets on public transportation though.

Is the Czech Republic expensive to visit?

While what is expensive is always relative, the general answer here is no. For tourists coming from the rest of Europe or The U.S. The Czech Republic is actually quite cheap.

Do they speak English in the Czech Republic?

The official language of The Czech Republic is Czech, but many people do speak English at least on a basic level. It is a great idea though to memorize a few phrases if for nothing more than to show a bit of respect.

Is it safe to drink tap water in The Czech Republic?

Yes. It is safe to drip tap water across the country, in fact there is a law which states you must be provided tap water for free at all restaurants, many places will not abide by this law which is extraordinary frustrating. But do ask, and tell them you know the law.

How much is a meal in Prague?

What is the best currency to use in Czech Republic?

The Czech Republic uses koruna, while some of the more touristy spots might accept dollars or euros, you will end up paying more in those currencies. There are ATM’s across the country, get and use the local currency.

Can I use my debit/credit card in Prague?

Yes, of course. As mentioned above, there are ATM’s all across Prague and the rest of the country, so that is no issue. Credit cards are also very widely used and accepted though still not to quite the extent as in The U.S., so have some cash with you too so you don’t have to miss out on a meal or a drink because of card issues.

How much do you tip in Prague?

See advice above, don’t. Well, you can, if you really, really want and think it is deserved, but even then keep to a maximum of 10%.

Any other questions? Or tips from your trip? Stick ’em in the comments section below! 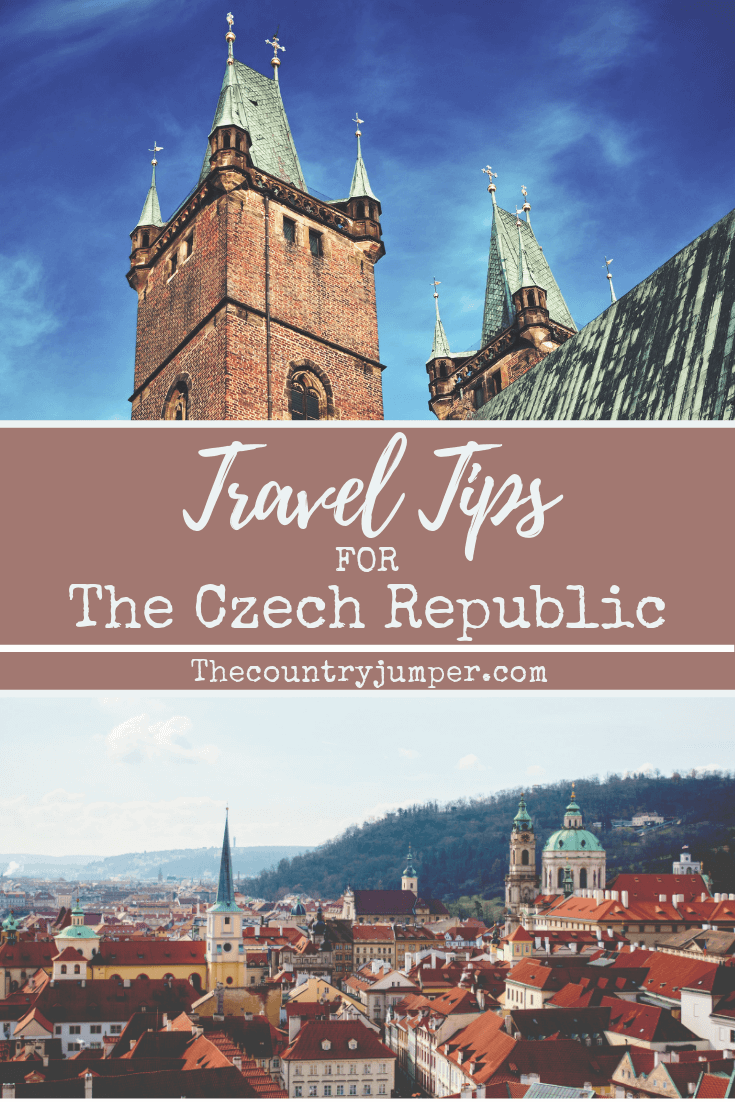 I really liked Prague a long time ago when I lived in France. Due to my french speaking, I was admired in many places. In a given city, one should not always look for food & drinks – considering them to be a mere necessity – but the beauty & other related cultural issues might be more important. Having tasted rich Indian food & then great french cuisine for 10 years (after eating rubbish for 4 years during my study in UK), I didn’t think Czech food is any comparison to taste-bud. But your description after so many years is quite interesting, and I might try to go there…

I think revisiting a country after so many years can be fascinating. We have such memories of the way a place was and whether it has changed or we have changed going back can certainly be a fascinating thing to do! Africa The First Week of Life in Meknes, Morocco