Norway on a Budget

Tips for One of the Most Expensive Countries

I visited Norway in 2014 – I was fresh out of college and I was broke. But I did it. And I left only slight more broke than I went in. Norway is an expensive country. But it’s manageable and there are ways to make sure you can get the most out of the stunning country without breaking the bank (into too many little itty-bitty pieces).

Here are my tips:

I’ve just finished 15 days in Norway, the worlds third richest country and first most expensive for tourists. I’ve found that really the prices aren’t much more than many places you might find in NYC or London, but the difference is that there are NO cheap places, the dirty little corner shops and cheaply made clothing stores are all crazy expensive. So, while my pocket book is hiding scared in the corner, it’s not run away completely. I managed to get through the two weeks averaging at about $90-$95 per day. That’s including food, drink, transportation (not my flight there), any shopping, and accommodation. I think that’s not so horrible. So here’s how to make it happen.

Some are skeptical, but Couchsurfing is a great way to save a few bucks while meeting locals and making new friends. Generally you’ll have built in kitchen access, sometimes free laundry, also someone who knows the city and can suggest places to go or take you out. It is important to be careful with locations, if you’re too far from the city center, or wherever you’re trying to visit, you may end up spending more on public transport than you’ll save. And, if you think Couchsurfing is all just crazy psychopaths who are going to kill you in your sleep, drop your preconceived notions and read about all of the incredibly lovely locals who have housed us safely in their homes.

Eating out will add up quickly. Go to a supermarket and cook your meals. I grabbed fruit and yogurt for breakfast, rolls and sliced meat and cheese for packed lunches (it’s a great idea to always have some Tupperware in your bag for packed lunches – even when you’re not in a super expensive country), and pasta mixed with the same meat and cheese for dinner. Generally I could spend $20 to get me through about 4 days worth of food. And, if you do feel like you absolutely must eat out, go out for lunch, you’ll often find deals at restaurants, and are likely to eat less, so spend less too. Also, don’t drink alcohol with any meal you might have out, that will cut the check down tremendously. Kill two birds with one stone, get yourself to your next destination and a place to sleep for the night. I took a number of overnight trains in Norway, the distances are long. I stayed in economy class, get a sleeping car and you’ve lost and money you were going to save. But the seats were comfortable enough and I slept, a bit. When you know you have an overnight planned, check in with wherever you are going to be the next night and see if you can get an early check in. Lots of hostels will let you crash on arrival if they have an empty bed, which saves you wasting the next day because you’re just too damned tired to function.

It’s amazing the money you will save if you make your bookings for trains or buses ahead of time. Even as little as 24 hours ahead of time will cut your cost in half of showing up at the station and buying a ticket. I booked my Norwegian train tickets (overnight) for 249 NOK each, or about $40. I met somebody who had paid 599 NOK for a last minute bus ticket on the same route.

There’s no simpler way of saying this. If you’re an addict, this is the best place to go cold turkey. Even places like H&M are overpriced in Norway. I buy a shot glass everywhere I go, and I have one from Norway. But I bought nothing else. That also means that if you often rely on being toiletries when you land, don’t. Bring everything you might need – you don’t want to be stuck having to buy anything in the country.

I seriously cut down on my drinking and going out, it is insane the amount of money you’ll spend on it. The Norwegian government is doing all it can to discourage alcohol consumption and it seems their biggest driving point is hiking up prices. The cheapest bottle of wine you will get at the liquor store is 79 NOK or $12. That won’t even buy you a beer at the bar – so if you’re going to drink, do it at home. The same goes for smokers (but also just don’t its a foul habit). Both habits will burn a quick hole in your pocket. And ladies, it’s just dumb to be too proud to let guys buy you drinks at a bar. 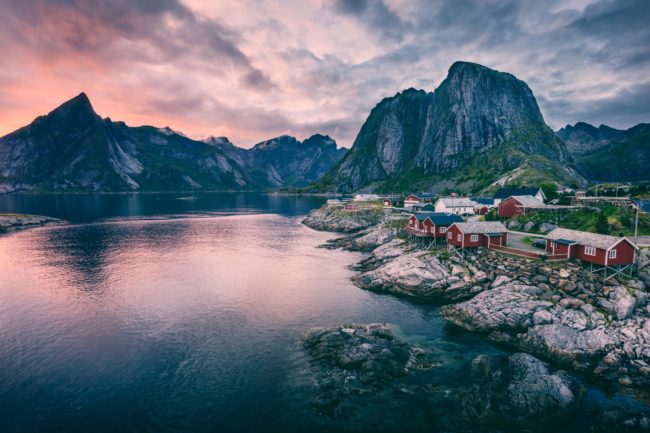 Most of the cities in Norway are quite small. I take a 45 minute walk to get somewhere one day over paying the 21 NOK ($3.50) for a subway or bus ride. And it’s on those walks that you’ll actually discover those undiscovered hidden gems (because I can promise you if you’re reading it in a post entitled that, it’s too late). All those little costs, a metro here, a bus there, will quickly add up. Same for cabs. If you’re out late and are staying farther than you can walk (or are wearing heels too high), get out before the last train goes.

Most Central European hostels would never charge for bed sheets. Norwegian ones nearly always do (you’ll also find this in Iceland). It is about 20 NOK (About $2.20) per stay to rent a bed sheet . If you’re moving often, that’ll add up. Hostels generally don’t allow sleeping bags as they can easily carry bedbugs, but sleep sacks – which pack better, or a simple sheet, are allowed.

Whether it’s taking a hike, or checking out the architecture of museums from the outside, there’s always something to be done for no cost in just about every city you visit. Often there are free walking tours. Oslo has them, and when I wrote this initially they were held just twice a week, not they are twice daily, lucky you! Plus, it runs out, so does Bergen now! Remember, you are very strongly advised to tip after any free walking tour – it’s how the guides make their money. But the tip will come nowhere close to what you’d expect to pay for a traditional walking tour. Museums can also get very expensive in Norway, and I find it to be a waste of money – so unless there is something your specifically keen to see, or this is just really your jam, don’t bother.

Make sure whatever credit card or ATM card you’re using doesn’t charge you foreign transaction fees. They can be deadly. These days most major card credit cards won’t charge you a foreign transaction fee, but ATM cards can still be deadly. You may not need to ever touch cash while you’re traveling to a place like Norway, but it’s best to be prepared anyways. I used to have a Capital One account which was terrific but they closed my accounts with my knowledge and transitioned me to an account with massive fees. So my advise is to steer clear of them. I’ve now opened a Charles Schwab account which has absolutely no fees and even refunds any fees that another ATM may charge (up to a certain monthly maximum). 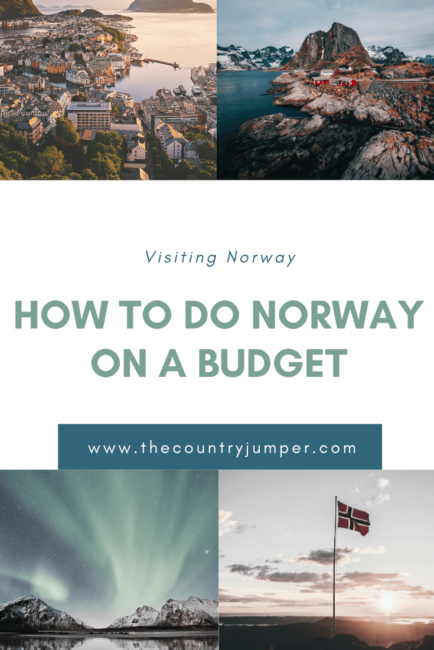 Norway on a Budget