Your Guide to Visiting Toulouse, France

I went to Toulouse more or less by accident. I booked the flight, but I only did that to get to the countryside outside of the city – but of course if I’m passing through I’m going to spend some time. So I spent four days in Toulouse and I was so impressed. The atmosphere throughout the entire city is just nice. Its comfortable but alive. Laid back but bustling. ​

It’s a pretty walkable city, some distances might be long, but the route is pretty. But it also has trams, metros, and buses. There’s a canal and a river. Bars and restaurants are everywhere. There’s plenty of shopping, an outdoor theatre. It’s magical and so worth a visit.

How to get to Toulouse

I flew from Prague to Toulouse and landed at Toulouse-Blagnac airport. From the arrivals terminal I walked out the front exit, crossed the parking lots and a bit to the right was the T2 tram line. It cost €1.60 ($1.89) for a single ticket which got me right into the middle of the city in just over 30 minutes. The tram runs every 15 minutes from 5:57 to 23:58.

At different times I also arrived to Toulouse by bus and train, both of which are at Gare de Toulouse Matabiau. It’s walkable from downtown to this station if you don’t have lots of luggage. But there is also a metro line and city buses. Additionally, I went straight from the bus station to the airport on an airport shuttle which cost €8.00 ($9.44) and took just over 20 minutes.

What to do in Toulouse 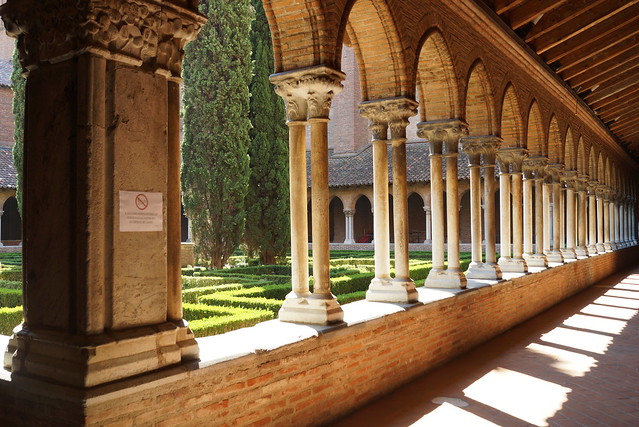 The main door of the Couvent des Jacobins leads into an open chapel space. Head through this space to the back and you’ll find a smaller entrance, through there you’ll find a small gift shop type of space. There’s a small sign on the wall which says something abut €4.00 ($4.72). I walked past it and no one blinked an eye. If someone does ask you to pay, I can’t advise it. There’s not a huge amount to see. There’s a small open courtyard and another room which at the time of my visit had an exhibit with photos of churches.

The impressive building of the capitol edging the main square is free to enter and definitely worth a few moments at the very least for the massive frescos up and down the walls and ceilings.

Translated literally to outdoor cinema, La Cinémathèque de Toulouse boasts a large outdoor projection screen and seating under a canopy of leafy branches throughout the warm summer months. Check the website to know what’s going on. Days and times vary throughout the season and occasionally films are shown indoors. Keep in mind that the majority of what is shown will be in French, but from time to time you may get a subtitled English film. Though in reality you’re going as much for the ambience and the experience as for what is actually on the screen. 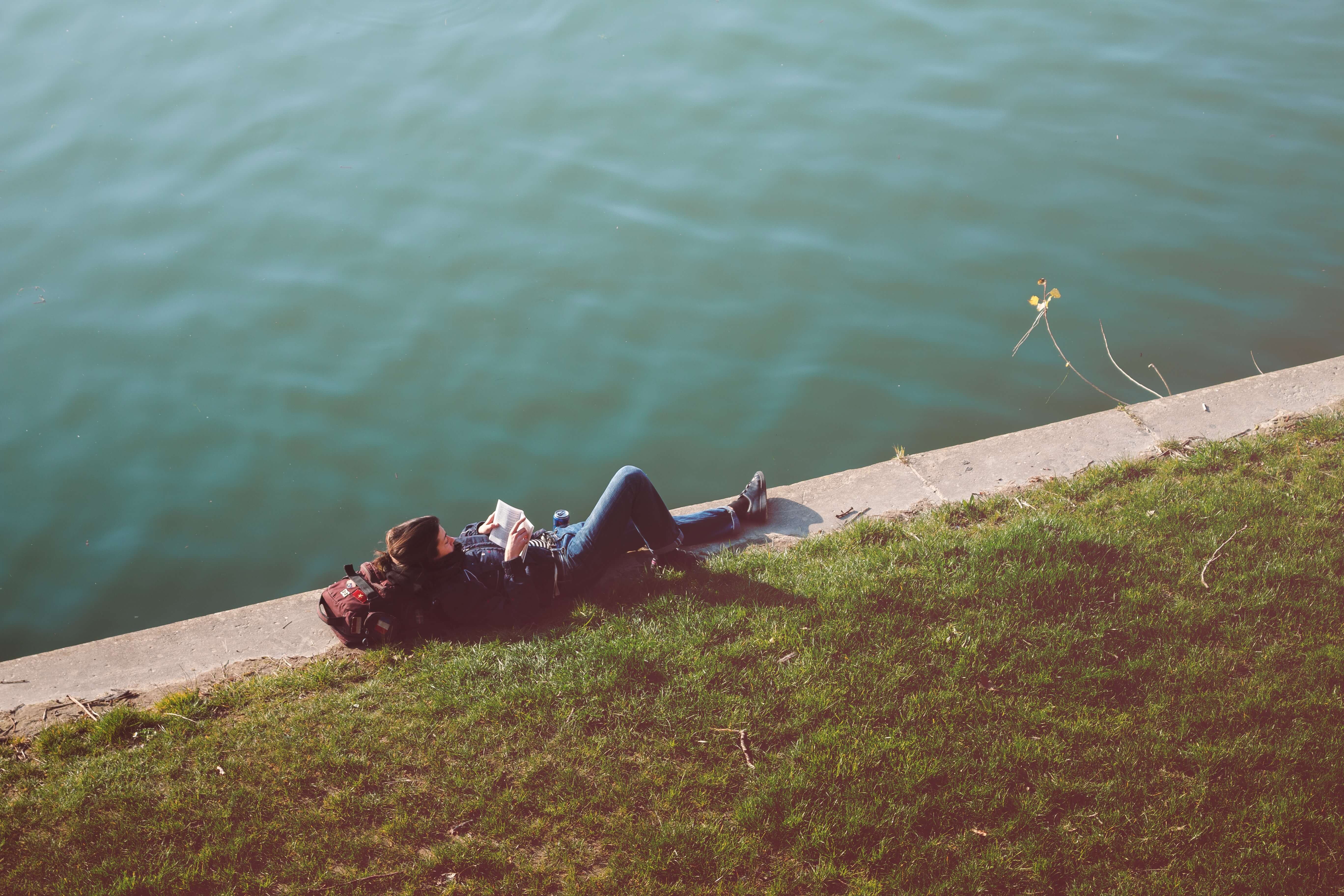 Running through Toulouse is the Garonne river. Pick an evening in the summer, any evening, and head down to its banks. You’ll find a myriad of characters dangling their legs over the side, watching the sunset. It’s a beautiful scene and a relaxed but busy place to chill.  You might encounter a drum circle, or a full on band, anything goes down here. A picnic and a bottle of wine by the river would be quite an appropriate way to finish off a day in Toulouse. Keep in mind that you are technically not allowed to have open containers in France, so be a bit discreet (think: brown bag) and don’t draw attention to yourself (think: keep those American voices turned down a notch or two).

Go on a Walking Tour

Toulouse isn’t a huge city, so you could definitely just walk around it on your own. But walking tours, especially when they’re with locals, are a great way to get a lay of the land, a bit of history, and some suggestions that even the best travel bloggers wouldn’t be able to give you. I like to go on walking tours when I first arrive in a city, that way I know where I might want to go back and spend time later and I can get even more recommendations!

Where to Eat in Toulouse

Immediately upon entering this Korean restaurant in Toulouse I put my mediocre French on display and the waitress kindly and impeccably switched to flawless English. She sat me down and explained the dishes on the menu. And not just what they were but how they were cooked, the sauces they came with, and the traditional ways of eating them. I ordered bibimbap, her suggestion, which is a rice dished served in a clay pot topped with pork (my choice), a raw egg, and veggies. I was told to wait 5 minutes after it was served before opening the top. This was to ensure the bottom layer formed a thin crust. So I started with the cucumber salad, served as a side, which was delicious, simple, and fresh. I also really enjoyed the bibimbap, with its varied and full flavors. I had an (included) shot of aloe vera juice to wash it all down. It was all excellent.

I first came here on a Saturday night, alone, and couldn’t get a table. So I made a reservation for Sunday and returned, though it seemed like the reservation wasn’t all that necessary. I got a starter of marinated anchovies, and a duck leg for a main, which came with the same three sides that all the mains had. Yes, it was a decent cheap meal, but definitely not worth the crowds.

I accidentally stumbled upon Le Dahu which is in a great location just off the river. I was greeted by a very overwhelmed, scatter brained, but friendly waiter. I sat on the small terrace on the street. The menu came on a chalkboard which appeared to be regularly changed. The waiter spoke basically no English so I ordered off of the bit of French I vaguely know. I ended up with a mini shrimp, avocado, and mango salad which was a perfect mix of summer flavors. My main was a tuna steak with 4 small sides: grilled veggies, pureed sweet potato, polenta, and rice. The tuna was ok, it was weirdly fishy and slightly overcooked. The location though, can’t be beat.

Maybe your only cafe with a wifi option outside of Starbucks. This isn’t a very special or incredibly cozy spot, but you can pull out a laptop and do a bit of work with your drink. 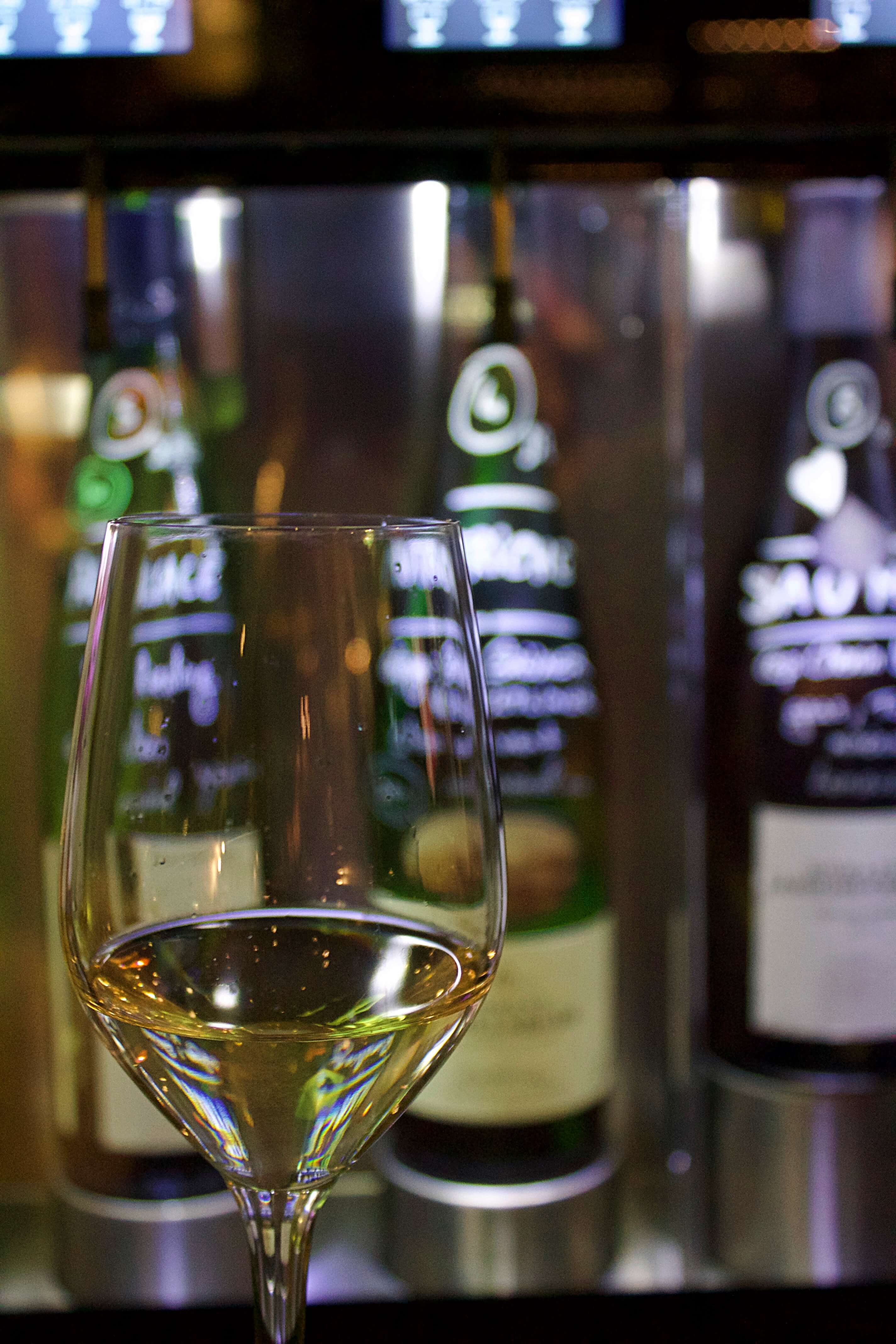 N5 Wine Bar was voted 2017 best wine bar in the world by The World of Fine Wine and clearly word has gotten out. On a Friday night around 7 PM this place was very crowded, like you can barely move crowded. The way the system here works is that when you arrive you go to the cashier at the front and get a card which you need to put money on. There’s no deposit for the card but you can’t get any money back off of it. So do some math and figure out how much you want to drink (not all glasses are the same price) I put €10 ($11.79) on and ended up leaving some change behind when I left. Once you’ve decided how much to put on the card, you take it over to the wine ‘vending machines.’ There are about 20 bottles to choose from varying in color, quality, and price. You can get a shot, a half glass, or a full glass and you do so by putting your card into the machine and pushing a button. It’s all self service. There are also some very delicious looking nibbles of cheese, meats, and the like, I didn’t have any due to a lack of counter space to enjoy food at. If you’re committed to an evening here (and why not be?) there’s an entire downstairs dining room for more prolonged pairings – I would imagine reservations are a good idea for that area.

Sundays at Sweet Home Cafe mean brunch. Not breakfast. Brunch is a set price at €18 ($21.23), and is entirely worth it. You get a choice of coffee or tea and an orange juice. Banana bread or carrot cake. Pancakes with jam or real maple syrup. Half a bagel with your choice of topping (mine was with smoked salmon) and bruschetta, again, with your choice of toppings (mine was with cheese and apple) and lastly a salad with a fried egg on top. So you’ll be sorted for the day – and then some.

Where to Stay in Toulouse

During my time in Toulouse I opted for an Airbnb on the canal. It was a beautiful location and the canal is a terrific place to go for a walk or a run. It is though a bit of a walk from downtown and everywhere to eat, drink, and see. If you’re indifferent to a bit of a commute to being a tourist, and you’d like the tranquility of the canal, here’s an apartment right around where I stayed.

Alternatively, if you want to be close to the city center, there are plenty of great hotels to choose from. One of the best hotels in Toulouse is Villa du Tur which offers mid-range accommodation in a cozy and quiet setting close to the city center. Closer to the river you’ll find Boutique Hôtel des Beaux Arts which offers room around the same price point with a view of Pont Neuf.

If you’re looking for budget accommodation in Toulouse there are some apartments which you can get for a decent rate. One of those is out in the west of the city, which means a bit of a commute in, but is quite doable.

Wherever you stay, whatever you eat, and whatever you do I promise you’ll love Toulouse. It’s an unexpected little treasure in the south of France, off the beaten trail, not plagued by tourists. This is what travel is about. No queues, just reality. 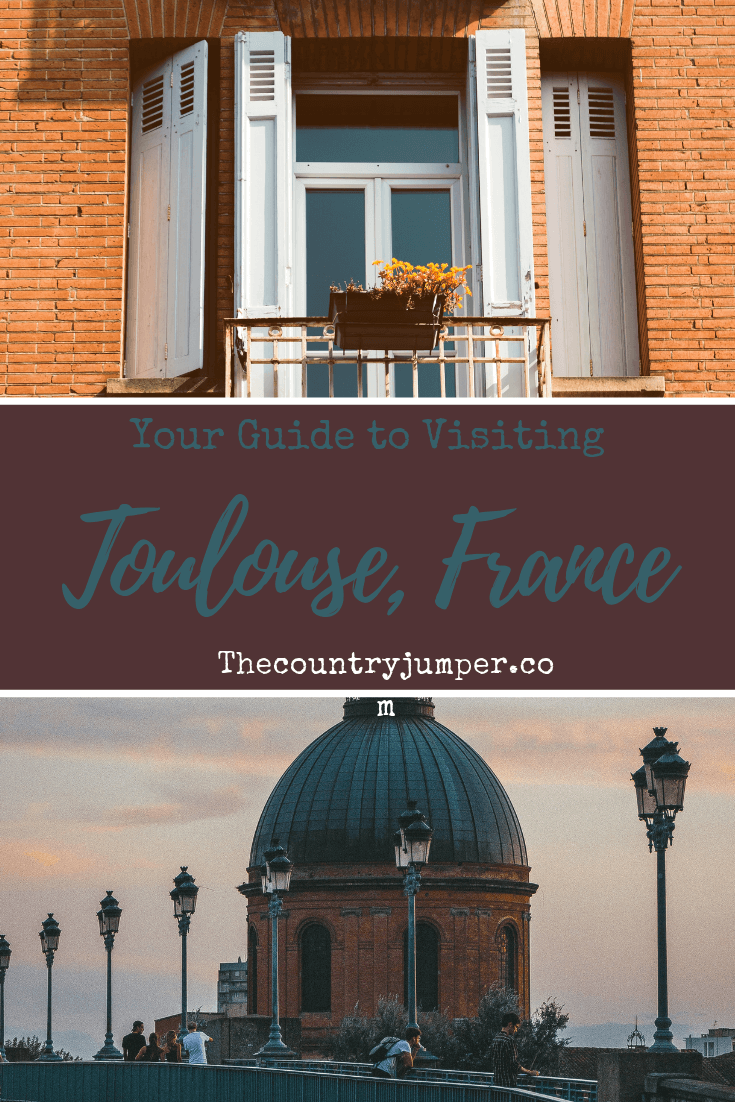 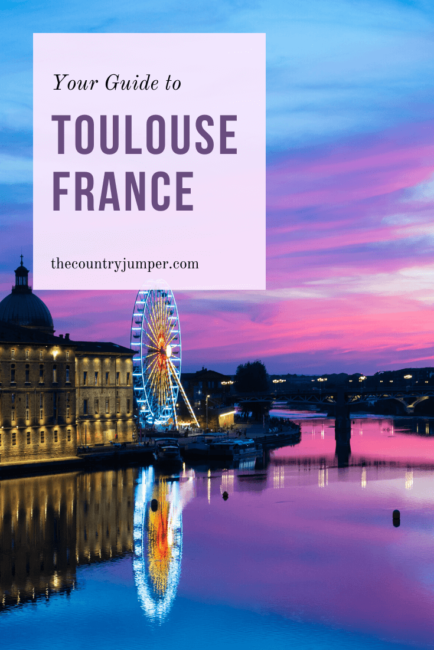 What a beautiful little city, and how lucky that you booked that flight!

Absolutely! I was so happy with accidentally spending a few days there. Have you ever had a chance to visit?

Your Guide to Visiting Toulouse, France