Getting Bit by a Pig in The Bahamas

It all started quite simply. Bahasea was paradise for less than $50 a night. I had access to two private pools along with a private beach. My shared dorm room had a balcony with ocean views, the curtains blew in with the smell of the sea each morning. It was pretty rad.

I hadn’t thought of it before, I often don’t, but at some point between booking and arriving I remembered that The Bahamas is the place where people swim with pigs. Exuma, the island where it all goes down was not on my itinerary, though it had been recommended by my Freeport Airbnb host for not its pigs but its beauty. I wasn’t too fussed about missing it, I’d have lots of beauty in my days in the islands and I’m a Vermonter, pigs are like whatever. But when I found out that there were pigs at the very hostel I was staying at, I was in. And yes, I would spend $30 on such a ludicrous endeavor, pigs might be like whatever but these pigs would be swimming.

Baha Sea Backpackers The BahamasThe pigs were raised by the young man who seemed to always be working and doing just about everything around the hostel, from check-ins and carrying bags up stairs to lighting candles when the power got cut and, swimming with pigs it seemed. The pigs lived in the building next door which was being renovated presumably to one day have non-pig residents. They had their own room I was told.

The first day the pigs were rumored to be coming out wasn’t to be. Too much unidentifiable ocean stuff floating in the water, which was too choppy, I speculated. 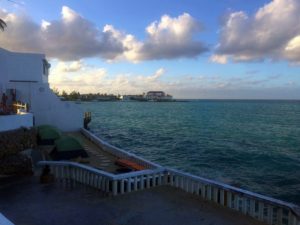 The next day, 11:00 AM. A group of us gathered in the lobby to hand over our $30 in exchange for access to the beach we always had access to, but now we could float in the water alongside compost and swine poo. We all paid for the privilege and one or two of us signed release forms. The scrambling around for more copies appeared to come to no fruition in time for the group to head down to the water. We would go unreleased.

We were each handed a bowl of half rotten discarded food scraps. It was a magnificent buffet of pizza, bread, lettuce, carrots, and everything in between. Along with our bowls we were given one singular instruction, stand at least deep enough that by the time the pigs get to you they are swimming so they can’t step on your toes. Doable.

Off Akeem went to fetch his two porkers. Moments late we spotted his head floating along the upper deck as he ran back towards us, presumably eight little legs were not far behind. They followed him down the stairs, across the beach and into the water, forever pursuing the promise of more food, which he continually held just out of reach. He backed his way through the water, towards the group of us and came directly for me, pigs still in hot pursuit. There I was, ready with a pizza dangling from my left hand, but it was to my right where the first pig barged in, dodging him I lost track of what was happening on my left, where the food was still attached to my body. Pig number two had snuck up on that side as I dove towards him out of pig number one’s path. Pizza raised high above my head pig number two used my body, which at this point was coming in his direction, to launch himself towards the only thing that mattered, food. His left front hoof scraped my front, pulling my bikini bottom down as his mouth closed around two of my fingers and yet somehow, the pizza ended up floating away into the sea.

It was all comical enough, the chaos of Caitlin and the two pigs. But my fingers had been left hurting a decent amount, and one of them, with two small cuts, now bleeding.

Now, something that should be said moving forward with this story, is that I am when it comes to certain things, I have a huge amount of anxiety. The vast majority of that anxiety manifests itself as massive fears about my health.

We finished off the hour with the pigs, took selfies and I did not use my fingers to relocate one more piece of food from my bowl into the mouth of a pig, but rather let the pigs stuff their muzzles straight into the bowl and dig it out themselves, my arms fuly outstretched to keep them as far away from my self as they could be, all the while inquiring with others in the group if I might die from the two cuts on my finger. 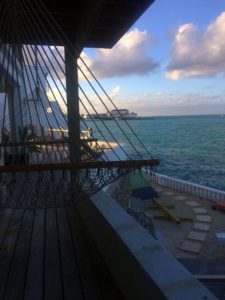 The rest of the day I spent slightly hungover (perhaps the reason my reaction time had been slow from the get-go), lounging by the pool, and worrying about whether or not I now had rabies.

Rabies has been my worry of choice for some time now since, as soon as you start showing symptoms, it’s too late. The perfect disease for a hypochondriac to harp on. Plus, I spend a lot of time around animals.

Around the hostel everyone told me I was fine, surely, and I was overreacting. And though I put if off for some time, I finally succumbed to Googling what would happen to me. I quickly learned I was far from the first person to be bit by a Bahamian pig, and in fact the Exuma pigs seemed to be quite aggressive and, quite unhappy, but that is a whole separate issue. I found photos of massively bruised bottoms, and one man who had two teeth marks smack in the middle of his stomach. All plenty worse than my little laceration. But all discussing visiting a doctor and getting a Tetanus booster. I hadn’t a clue when my last Tetanus shot was.

By the time somebody suggested I ask the woman in my dorm who was training to be a doctor (a very logical idea), it was past the hour at which someone with work in the morning would be asleep. So I continued to worry but resolved to go get checked in the morning, and saw myself off to bed. As I passed from the bathroom back into the dorm room, my doctor roommate, clearly having been asleep, walked towards me…

Be sure not to miss Part II of the story! Subscribe now

Been holding your breathe? Part II is here!

Getting Bit by a Pig in The Bahamas 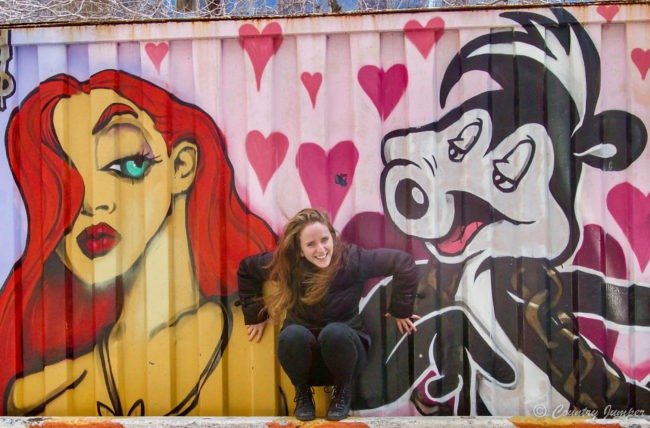 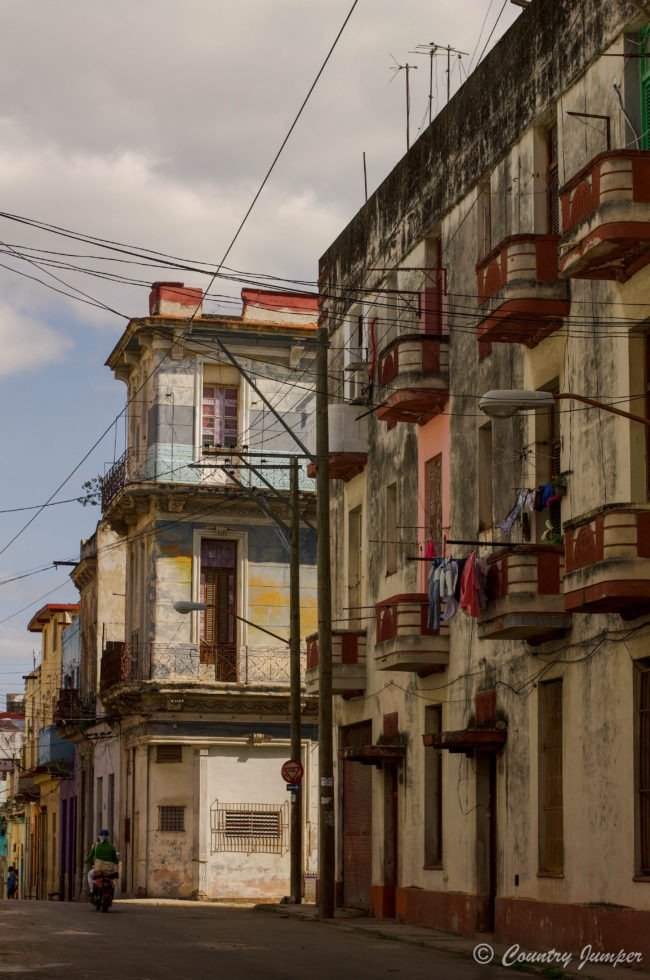