Working in a Hostel in Ireland

It’s been a little while since I posted about the whole story of my life. So, let me catch you up.

In 2011 I graduated from college (that’s American for University). My last semester was spent studying abroad in Morocco. After that I went to Ireland on a working holiday visa and I worked on two different horse farms.

In all honesty I went to Ireland with every intention of spending the entire year on horse farms. Unfortunately, that was 2012 and Ireland was still in a financial recession. Plus, recession hangovers last infinitely longer for horse owners. All of that meant that the yards were short staffed but not short of work – it was hard going and as much as I will always love horses I finally decided not to make them my full-time profession. That being said, I still had many months left on my working holiday visa and I had absolutely no interest in going back to The U.S. I took a short stint out of the country: I went to The Olympics, to Spain and Portugal. When I got back I went to work at a hostel.

How Did I Find Work in a Hostel?

In 2011 – when I was studying abroad in Morocco, I took a mid-term break to Ireland and stayed at The Sleepzone in Galway. Staying in my shared dorm room were two girls who were doing a work exchange at the hostel. So, the next year when I was back in Ireland I contacted The Sleepzone. At that point their Galway location was no longer doing work exchange but they told me they could put me in touch with their Lisdoonvarna location where they had spots. I’d never heard of Lisdoonvarna but I am not one to say no.

VOLUNTEERS NEEDED. Want to join our Sleepzone family in the countryside? Visit the Cliffs of Moher and spend time on the Aran islands exploring the beautiful Burren landscape in rural Ireland – this is what will be at your doorstep if you spend your summer with us! Looking for volunteers from now till the end of October. Apply via HelpX, workaway or email (shown on home page)

The Sleepzone in Lisdoovarna takes on volunteers every year. But, if you want to go elsewhere either in Ireland or around the world there are a myriad of websites that can help you sort that out both with volunteer exchanges at hostels or with any number of other businesses.

HelpX is a site that I have used to find other work and Sleepzone also uses to get helpers. Technically, the site is free to join, but if you remain on a free membership that means you can’t contact hosts – though they can contact you. To upgrade the cost is €20 for a two year membership which means you can contact hosts ad nauseam. HelpX has exchange positions around the world but the majority of hosts are in Australia and Western Europe – currently there are more than 2,000 in France alone. The site has lots of farm work, hostels, and au pair work. Every once in a while you’ll find something a bit different – web design, construction work, English teaching – but you do have to keep sifting through.

Workaway is a very similar site but I have never actually used it. Workaway is a bit more expensive than HelpX at €36 for just one year for a single membership. Similarly, Workaway is world wide though you’ll find a concentration of opportunities are again in Western Europe as well as North America. Again, there are lots of farm listings but you’ll also find vineyards, opportunities to work with displaced peoples, and horse stables.

Alternative to these sites simply figure out where you want to go, do a simple Google search for hostels in that city or area, and email them directly. A huge number of hostels offer work exchange programs but don’t necessarily advertise them and they rely instead on word of mouth. The worst that will happen if you take this approach is that someone might say no to you – but they may know of a neighbor who does need the help.

What Did I Do for Work in the Hostel?

I changed sheets and cleaned bathrooms and just generally put my really expensive college degree to good use. There were some people who worked the front desk and didn’t have to clear empty bottles from the rooms, but they were mostly there doing an internship as part of a tourism degree. Lots of hostels do a combination of the two – reception and cleaning.

The system at Sleepzone was such that the hours varied. Basically, there were a group of us and together we had to change all of the beds that were checking out that morning. Sometimes this took an hour, other days it took five. In the end this averaged out to a reasonable exchange. Our schedule was five days on, two off.

Unfortunately, not everybody will be fair in their exchange. It is on you to say no to anything you didn’t agree to – and to be clear about expectations before going into the situation. I actually worked at a second hostel elsewhere in Ireland later on and ended up sneaking out after about a week. There the owner was adamant that I do five hours five days a week and filled those hours with lots of scrubbing of showers. It was torturous.

However, if something is not fair and was not agreed on before your arrival you need to speak up. I met a girl recently who was working at a hostel where she was asked to go and buy the guest breakfast – milk and bread – out of her own pocket and was never refunded. Thats F-ed and is never, ever acceptable. Don’t do it in the first place, but if you do, demand a refund and then get the hell outta there.

What Did I Get in Exchange for My Work?

At Sleepzone I got a room in a shared dorm. However, I went back to Lisdoovarna this year as a paying guest and the staff now all live out in a separate quarters, so while they still share space, they share it with each other rather than with guests.

Along with the room I got breakfast each morning but other meals I had to buy on my own. I did not, of course, receive any pay.

This is another piece to be very, very clear about before you arrive. Where will you be staying, who else will be sharing that space, what meals if any will you receive. And, will there be any pay – sometimes there is but usually this is for full-time work.

What Did I Do When I Wasn’t Working? 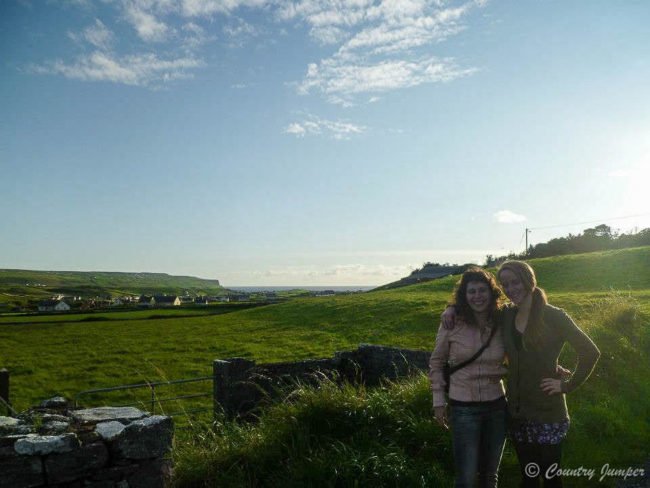 Out for an Irish Countryside Walk

I did so many things. Lisdoonvarna is quiet for sure – but luckily I was there during the matchmaking festival – a whole other topic that I’ll write about soon! So, there was plenty of fun to be had. Fun which generally involved drinking – a lot. The pub across the street had regular traditional music sessions and we got to know the local patrons there as well as Billy the bartender.

We’d often go to the nearby coast – Lahinch, The Cliffs of Moher, were all very nearby. Sometimes a guest would offer a ride but regularly we’d hitchhike or even make the walk by foot.

This though is something else to be aware of. The vast majority of work exchanges are outside of major cities. So, make sure you understand where you are going. How big is the town and what is there? If you need to get somewhere – or just want to get away for the day – how doable is that? Also, are there people to hang out with? If you’re the only worker you’ll be bored and lonely and you won’t enjoy it. But if there are a good group of you it’s likely you’ll make friends and your time will be infinitely more engaging and interesting.  Don’t be afraid to ask all these questions.

Work exchanges can also be a great for those who work remotely or are working on big projects – anyone writing a book? Last year when I went back to Lisdoovarna one of the workers was a man who was working on a book. He’d do his few hours of work in the morning then tuck away into a corner and get writing. Free room and board while you focus on your passions. It’s a good way to get a start while you save money at least!

What Else Does One Need To Know?

While the major points are outlined above there are a bunch of little questions you might want to check on.

Is there an ATM town? How about a grocery store? Maybe ask the hosts what there is to do around.

Also, take a look at reviews. Past helpers can post reviews for hosts on the sites mentioned above. If there aren’t any, ask if you can speak directly to someone who used to work there. Or ask why there aren’t any. If the host is a first-timer that’s understandable but is also reason to ask even more questions.

Finally, if it any point you don’t feel comfortable, walk away. If that’s during the email stages, when you first arrive, 24 hours later, or a week later. You owe no one anything, and if you’re feeling uncomfortable or simply not enjoy yourself get out and go find somewhere else. Remember, you’re supposed be getting as much out of this experience as the host is.

So What About Lisdoonvarna?

Lisdoonvarna was a trip. I had a wonderful few weeks there and think about the little town often.

I spent three or four weeks there – working in the hostel. I met some amazing people, both co-helpers, travelers, and locals. I learned to love Guinness, but I learned to love The Roadside Tavern’s black brew even more. I kissed an Irish boy – or two. I ate a lot of beans and sausages.

Lisdoonvarna is the type of town where everyone knows everyone, until September when it explodes with holiday-making matchmakers. But truly, I would do it again – empty bottles, dirty sheets, loud, gross guests and pounding hangovers – the whole lot of it all over again.

Have you done a work exchange or something similar?

Tell me about it in the comments! 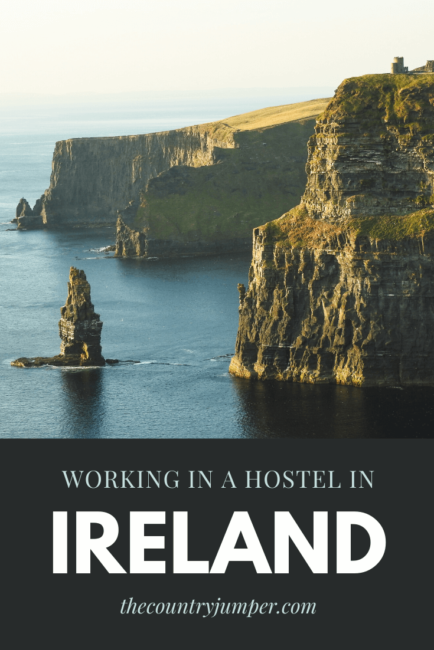 Working in a Hostel in Ireland

By Caitlin Time to read: 8 min 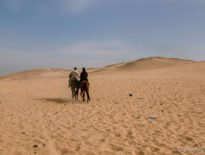 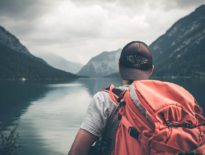